Enter your City name or Pincode

Sangli is the district headquarters of Sangli in Maharashtra State. Due to the huge production and trading of spices, Sangli is also popular as “turmeric city” of Maharashtra. There are above 30 sugar factories in Sangli due to which it is also named as the “Sugar Belt of Maharashtra”. Lately Sangli has got entry into the wine industry and has become successful in making vintage and classic categories.  The city is located on the river bank of Krishna and boasts of numerous sugar factories. The historical landmark if Sangli is its famous Ganesha Temple which is flocked by a plethora of pilgrims every year.

Geography and Climate of Sangli

The Sangli city is positioned at 16.853 degrees in the North and 74.583 degrees in the East. The average elevation of the city is 1801 feet or 549 meter. The Krishna River as well as its tributaries bestow the city with numerous agricultural and irrigation benefits which give a boost to the economy of both Sangli city as well as its district. Rivers like Panchganga and Warana cascade into the Krishna River.

The climate of Sangli is semi-arid. The city witnesses 3 seasons- summer, winter and rainy. The summer season starts from mid-February and lasts till the mid of June. The winter months (from November to the beginning of February) start with mild cold in the beginning and end up being quite chilly throughout the season. Summer months are usually dry. The monsoon season starts in the mid-June and lasts till the end of October. Sangli experiences a total rainfall of 580 mm (or 22 inches). 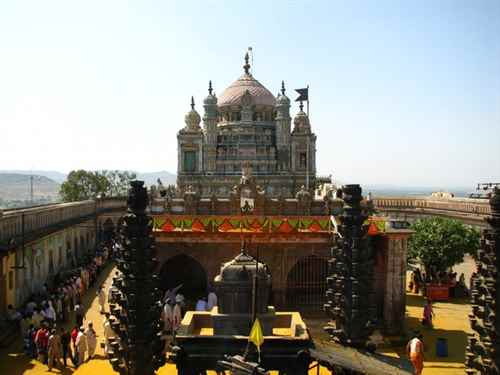 Sangli was earlier known as “Sahagalli” which means Six (Saha) Lanes (Galli) in Marathi. This name was actually given according to the street plan of the city during that period. Sahagalli was renamed as “Sangli” later.

Sangli boasted of being the 11 gun Salute princely state during the reign of British. During that time Sangli belonged to the Residency of Kolhapur-Dekkan and thereafter it went to the Deccan States Agency. Sangli used to be a portion of Maratha Empire. During the rule of the Shivaji, Miraj, Sangli and the neighboring regions were seized by Mughal Empire. It was until the year 1801 that the Sangli city belonged to the Miraj Jahagir. Chintaman Rao Appa Saheb Patwardhan set up a principality of the Sangli city which occupied an area of approx. 1112 sq. miles and its population was 226128 in the year 1901. In 1948, on 8th march Sangli joined Dominion India and presently the city brags to be a part of Maharashtra.

The Maharashtra State transport offers excellent bus services, auto rickshaws and trains in the city. Sangli is just 390 kms from Mumbai, 190 kms from Goa, 630 kms from Bangalore and 220 kms from Pune via bus transport.

Sangli bestows its residents with a wide range of services. Below is a list of some extremely important services available in Sangli:

Packers and Movers in Sangli

Are you a Business Owner?

Add the products or services you offer